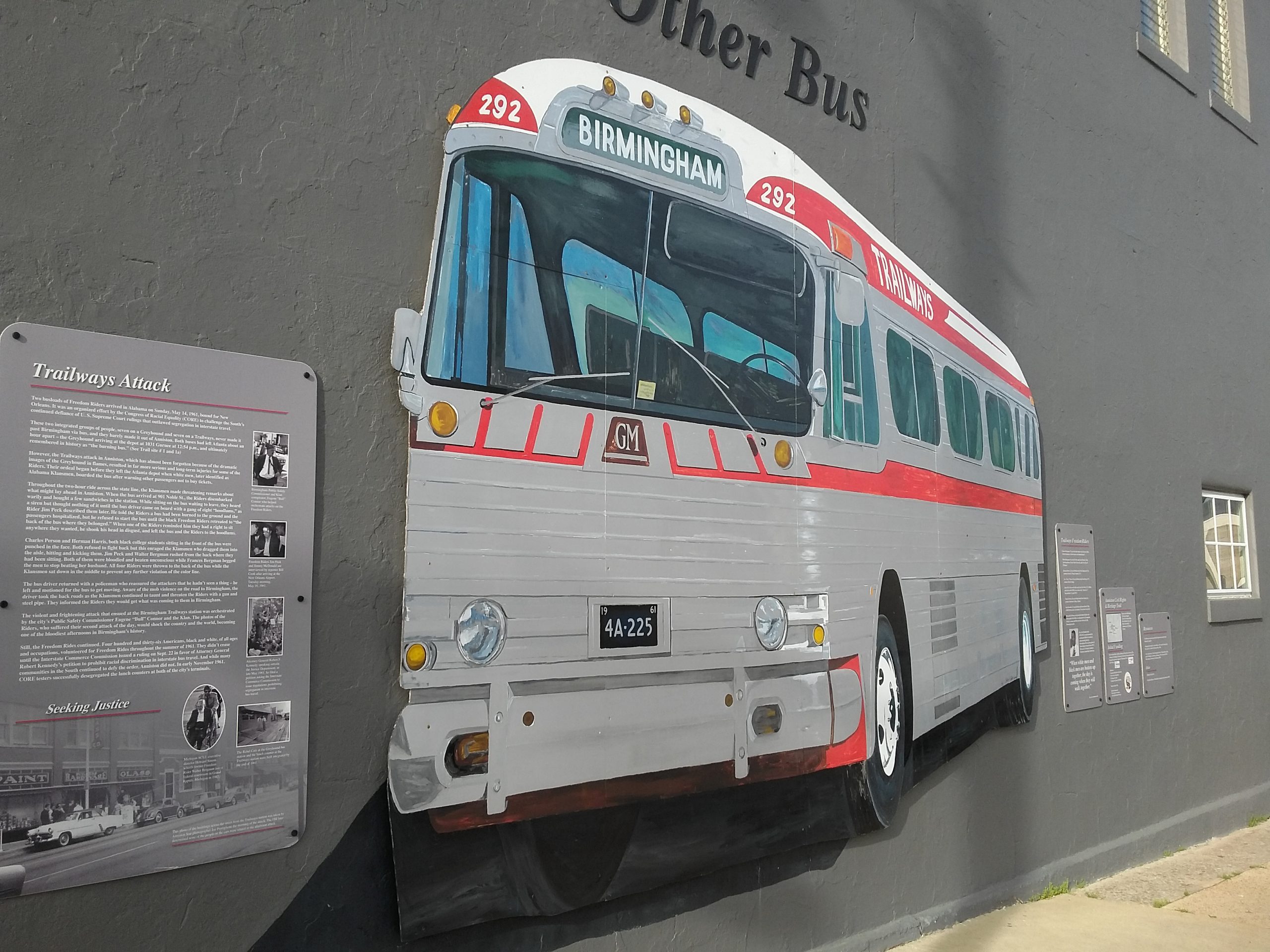 In March 2016, my daughter and I travelled to Anniston, Alabama. She was invited to compete in the Jr ROTC Air Rifle National Championship at the Civilian Marksmanship Program range. We had previously travelled to Anniston on a few other occasions for rifle camps and another national meet. Not only did she place nationally in this meet, but she was presented her Junior Distinguished Badge (#982) at a formal banquet that evening at the Talladega National Speedway.

While in Anniston, we walked around town and came upon a wall memorializing the Freedom Riders. A Greyhound bus carrying the Freedom Riders arrived in Anniston, Alabama onMay 16, 1961. Upon their arrival, the riders were met by an angry mob at the terminal, which was closed and locked. The mob, including local Klansmen, attacked the bus with clubs, pipes, chains and bats slashing the tires of the bus as it attempted to flee. The bus received no aid from police officers looking on. After departing the station, the bus was attacked and firebombed near the Anniston city limits. The passengers barely escaped the flames as they were brutally attacked until authorities arrived. A second bus arriving at the terminal an hour later was also attacked, and the passengers viciously beaten.

While we were standing there, on a deserted street, a man stopped briefly and told us “there were some bad things that happened here….we aren’t very proud of this”. I remember being struck by his honesty and realizing that we were standing on a hallowed spot. A place where hatred inflicted intentional pain to those promoting racial equality and fairness.

This happened in America. This was allowed to happen in America. The Freedom Riders were part of a revolution that forced a country to reconcile the sins of multiple generations. We need to remember their names, celebrate their heroism and walk together with them each and every day.

“Rosa Parks inspired me to find a way to get in the way, to get in trouble… good trouble, necessary trouble.” – John Lewis