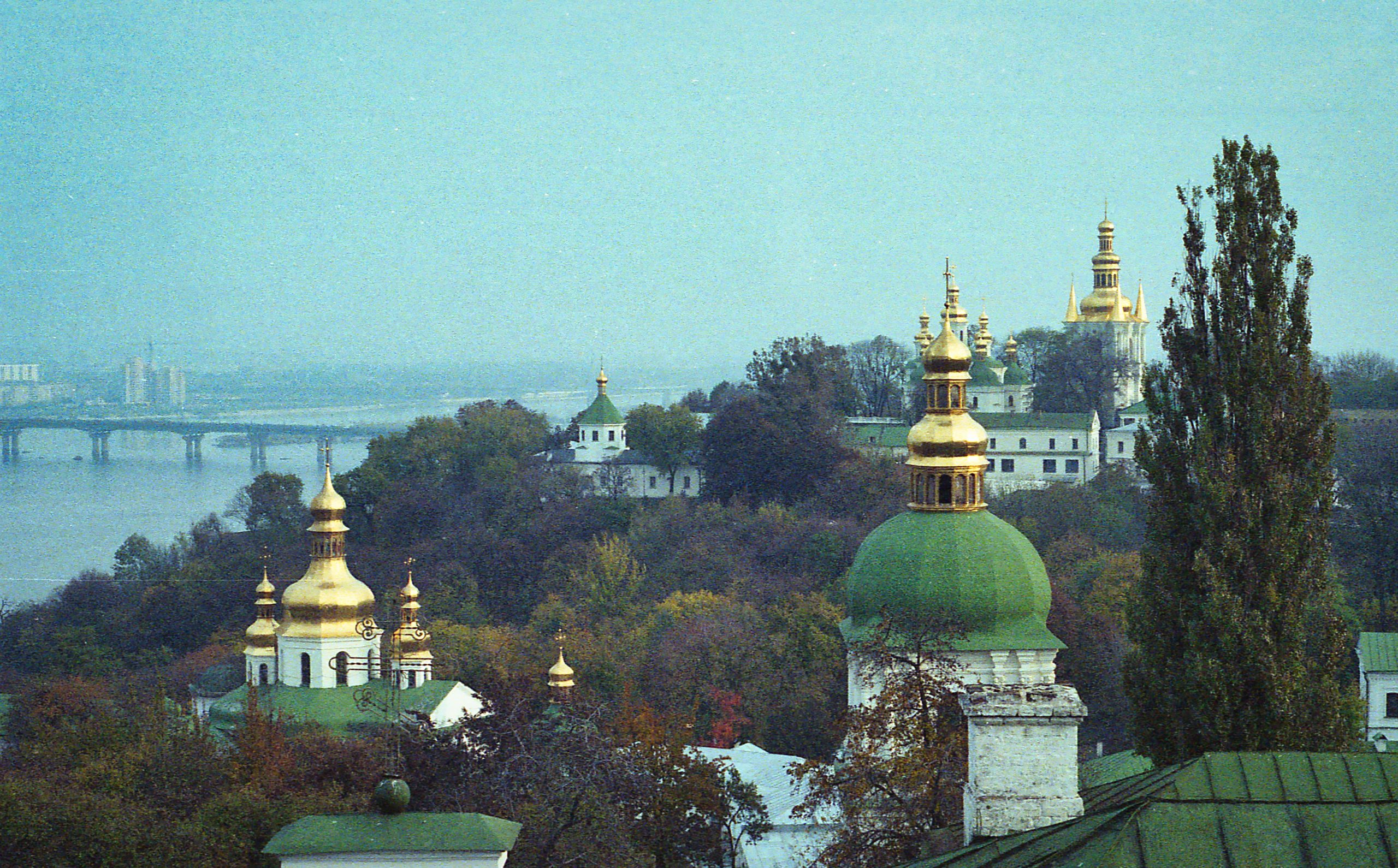 In the early 1990’s, I had the opportunity to take a few trips to Ukraine not long after the fall of the Berlin Wall. It was an interesting time to go to Eastern Europe. Flights were very limited (two western flights per day) and the country was in chaos as a result of their recent separation from the Soviet Union. These photos reflect the dark side of film photography. Like a Ukrainian winter, elements can be cruel and unkind to color negative film.

Walking down the streets of Kiev, you immediately noticed the lack of a stable currency, people waiting in lines for food and plenty of crime and poverty. As a young American, it was an eye opening experience. As it turned out, independence wasn’t so easy and democracy was even harder.

The remaining security forces were still nervous about Americans and they weren’t completely comfortable talking about what was happening with their transition from Soviet oppression. Nevertheless, we were able to see some incredible cathedrals, museums and monuments. Built in 1051, Kyivo-Pechers’ka Lavra is the most important holy shrine in all of Ukraine. To navigate through the underground caverns below the cathedral, you must enter dark tunnels holding a thin candle, viewing the glass coffins holding the mummified monks along the way.

Ukranian independence wasn’t their only struggle. Given the recent reactor disaster in Chernobyl, about 60 miles north of Kiev, we placed radiation dosimeters in the rooms to insure the winds weren’t sending any special “gifts” our way.

Throughout my time in Kiev, I was struck by the passionate devotion and loyalty to “the motherland”. They were proud of their Ukrainian heritage, their new independence and the promise of democracy. However, as the Ukrainians would tell us from time to time, “it is not so simple”. Ain’t that the truth…

“Travel isn’t always pretty. It isn’t always comfortable. Sometimes it hurts, it even breaks your heart. But that’s okay. The journey changes you; it should change you. It leaves marks on your memory, on your consciousness, on your heart, and on your body. You take something with you. Hopefully, you leave something good behind.”