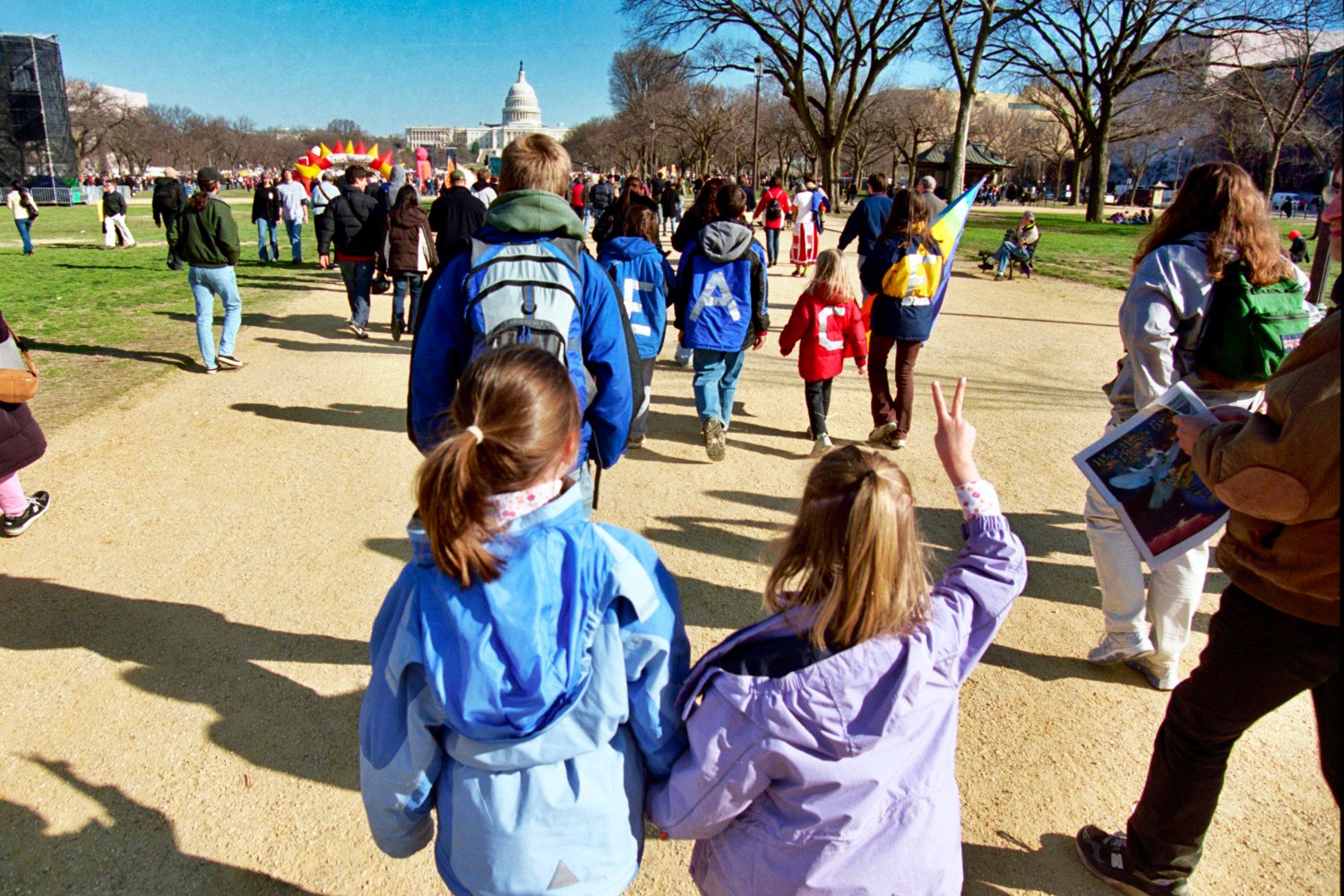 In 2007, my oldest daughter was assigned a school project that involved us going downtown to the Freer Gallery to view ancient Chinese art. My wife was ill that day, so my two daughters and I jumped on the train and headed to the gallery, which is located just off the National Mall. After spending a few hours in the Freer, taking some photographs of the art (and learning later that I had broken all kinds of rules by doing so), we headed out on to the mall and noticed that an anti-war demonstration was forming at the Capitol.

My daughters said “Daddy, please let us go protest the war….please!” So what does a good father do, you ask? I phone my wife to let her know that “babies first” protest was happening and that she might want to turn the TV on to see where her husband had taken her two young daughters. We got in to the thick of the crowd, chanted with the protestors and my girls were thrilled to be part of something bigger than themselves. While our day started with a different type of school project, we had moved on to learning about the importance of the first amendment. My children experienced something uniquely American. The protest was loud, passionate about the cause, but entirely peaceful and respectful of the Capitol grounds and of one another.

Needless to say, after all of the walking and excitement, we had worked up quite the appetite. It is now a family tradition that after attending a protest or demonstration, Chinese food is next on the schedule. On this particular day, we walked up to Chinatown and my daughters had their first taste of a Maxwell favorite, Tony Chengs. Chopsticks were required and large amounts of tea was consumed as the beverage of choice.

Looking back at these pictures, I am reminded that my children grew up not knowing what it felt like to live in a country during a time of peace. Fourteen years after taking these photographs, the American war in Afghanistan has finally come to an end. Having listened to so many opinions, diatribes and commentaries over the past few months on the pros and cons of remaining in Afghanistan, I am genuinely conflicted about the decision to leave. The only question I have been able to pose to myself is, “if not now…when?” There was never going to be a “good” end to this war.

I love my country, I support our military and I believe it is important to protect our homeland and her people from harm. While I don’t believe that our presence in Afghanistan was intended to be permanent, the US is one of many foreign powers who failed in Afghanistan. The British and the Russians failed to tame it after spending nearly a century there. The Soviet Union again destroyed itself in its failed attempt to prop up an unpopular Communist regime in Afghanistan.

Gen. Colin Powell cautioned prior to our invasion of Iraq, “you break it, you own it.” My prayer for America is that everyone can stop playing the blame game for a moment, reflect on how we got this point and take stock of what ownership looks like when a country has been broken. As the saying goes, “the first casualty of war is the truth.”

We must now turn our focus to the support and resettlement of the thousands of Afghan refugees we are welcoming to America. They have a long and difficult path ahead of them. There are many reasons for them to be running away from their homeland. I only pray that our nation can give them something to run toward.

You have to make sure you know why you are going to war and then use decisive force to end it as soon as possible.