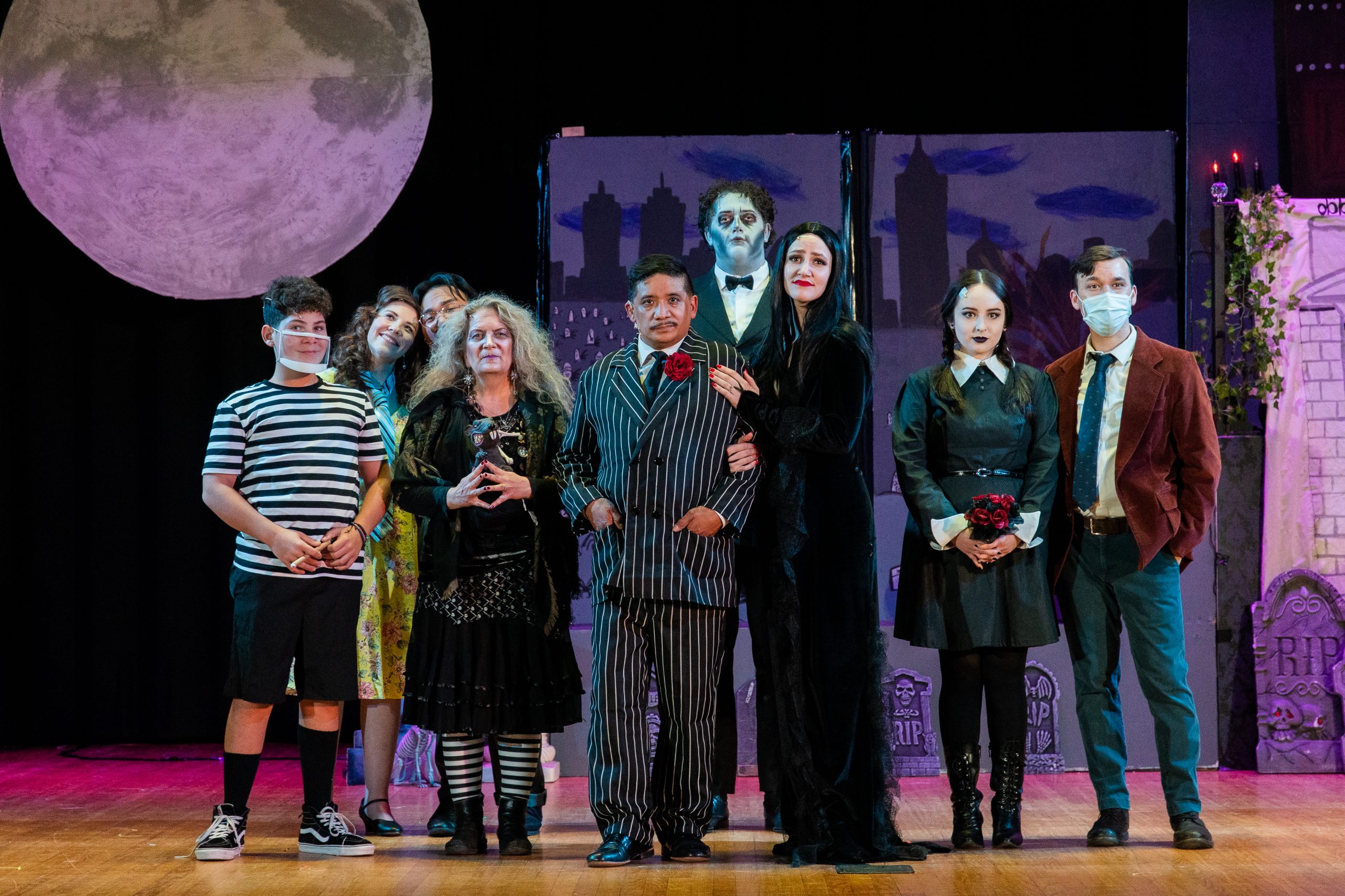 Last night, I had the opportunity to photograph the dress rehearsal for the upcoming Sterling Playmakers production of the Addams Family. I have to admit, I was not sure about the show, as I was more of Munster fan during my childhood. Even so, while taking the shots you see here, I have to say that I was very impressed with the production. The cast was engaging, the sets were fun, the choreography was spirited and they even had me laughing behind the camera. I especially enjoyed a few of the lines that were spotlighting current events.

Hats off to Director Jane Waldrop, Producer Samba Pathak and Musical Director Jeremy Shoop for a great production. Rene Kieth Flores and Lizzie Holman do an excellent job “bringing to life” the roles of Gomez and Morticia Addams. You will not stop laughing with Michael Abendshein as Uncle Fester. Anna Hicks-Jaco and Andres Marrero as Wednesday and Pugsly Addams are ghoulishly great. And my favorite character from the series, Lurch, is played by the very tall and imposing Timothy Gustafson. The entire cast is wonderfully spoooooky, yet full of life.

I’m not a huge Halloween fan, however if you re looking for a fun show to usher in the spooky season, I can highly recommend the Sterling Playmakers production of the Addams Family.