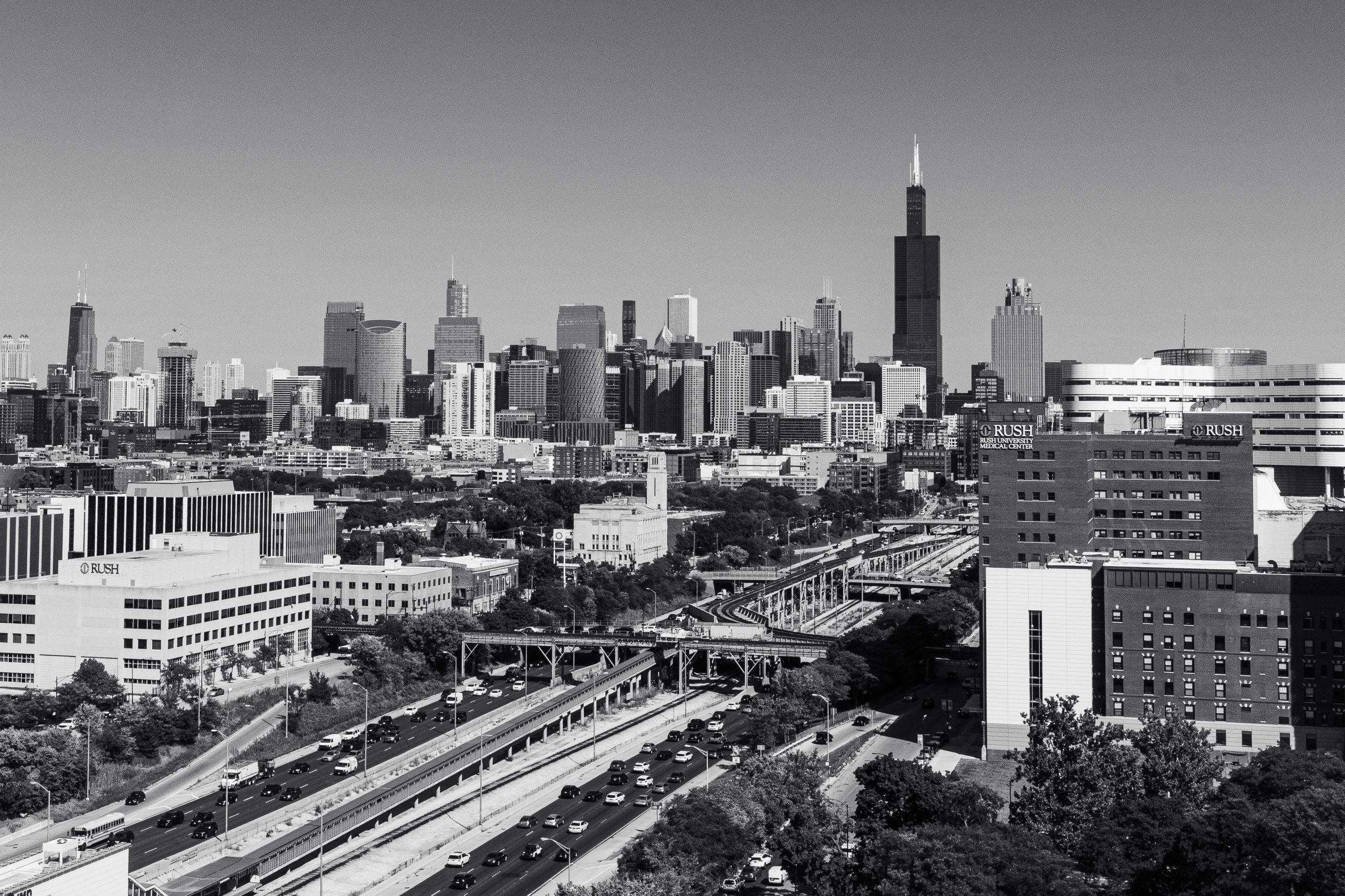 The Chicago skyline has four of America’s eight tallest buildings. Impressive for a city referred to as the “Second City”. Actually the list is all New York City and Chicago until you get to number 14.

I captured this photo from the lounge atop my daughter’s apartment building in the Illinois Medical District. It was a beautiful September day with clear skies and the last breath of a Chicago summer in the air. You can see the Eisenhower Expressway running right to the skyline with the “L” Blue Line track down the middle. Every time I go up there it reminds me of how small and insignificant we are. The majesty of the skyline announces a sense of permanence and dominance over the fragility of human life. Simply put, they will still be standing long after we are gone. On the right hand of the photo, you can see the collection of buildings that make up the Rush Medical Center. This is where my daughter will be spending the next four years of her life. Even up on the roof, I can smell the sweat and determination that wafts from those buildings.

For years, friends told me that Chicago was a great city. I finally experienced the charm, energy and amazing people that makes Chicago an amazing city. I look forward to more exploring and getting to know the city my daughter calls home.

As Jake and Elwood sang so well, so many years ago:

“Let me tell you something. I’m from Chicago. I don’t break.”