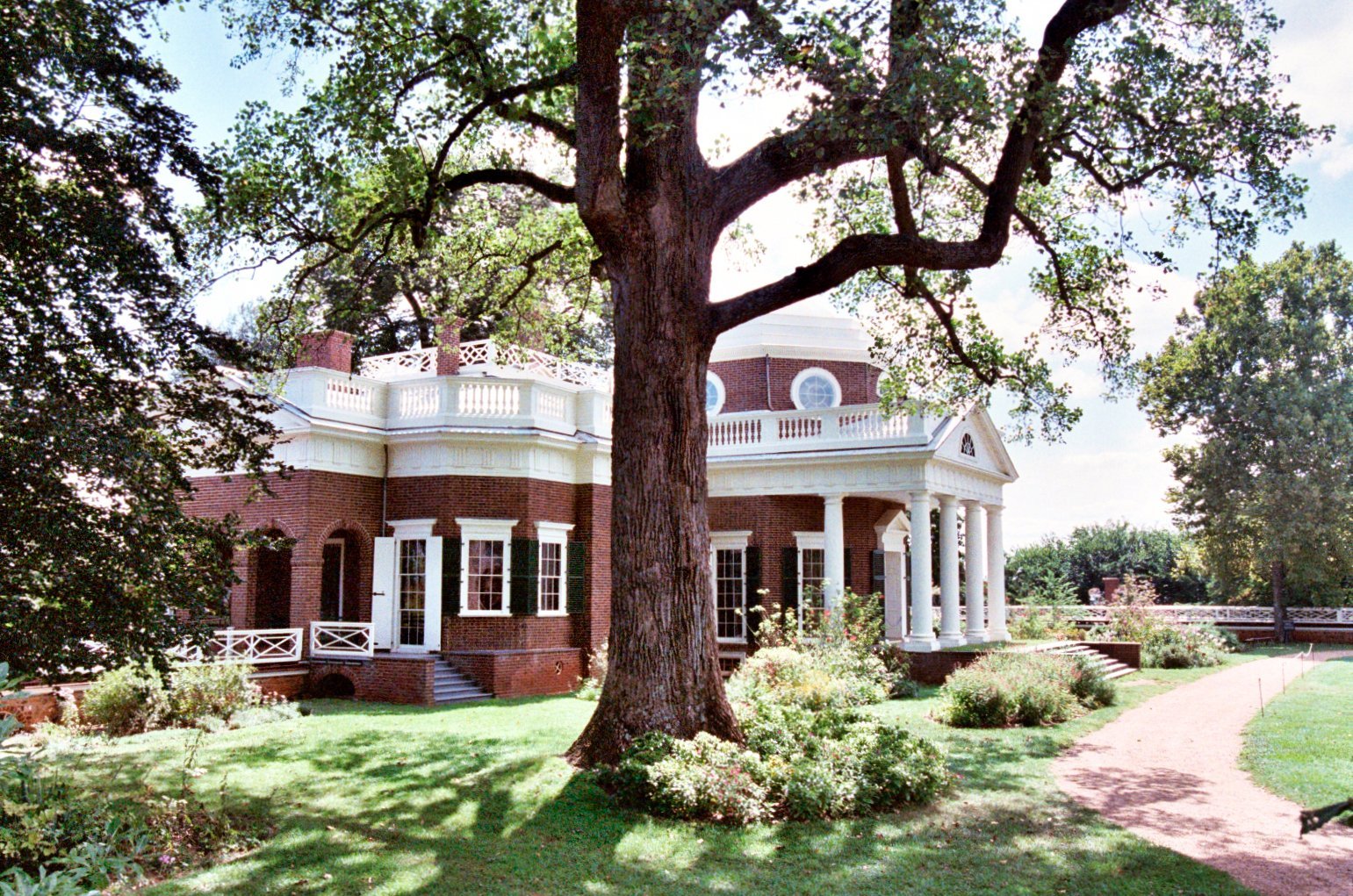 Nestled atop the Southwest Mountains outside of Charlottesville, Thomas Jefferson’s neoclassical home, Monticello, is the centerpiece of his plantation that spanned more than 5,000 acres. Jefferson died on July 4, 1826 and is buried on the grounds. The home is a testament to his intellect and reflects many of his academic pursuits.

I had a beautiful day in 2009 to take these photos. However the darker side of Monticello is discovered among the ruins of Mulberry Row. At any given time, Monticello housed over 130 African laborers – slaves. Over his lifetime, Jefferson held over four generations of slaves, totaling over 400 at Monticello and 200 at his other properties in Virginia. Many of them were his own children.

A visit to Monticello is both fascinating and depressing. This is a President that had so many intellectual gifts, all that are on full display during your visit. However, they are forever overshadowed by the inhumane choices he made during his lifetime. As Americans, we need to acknowledge both the successes, and the mistakes, of our founding founders.

“For while we have our eyes on the future, history has it’s eyes on us. This is the era of just redemption we feared at it’s inception” – Amanda Gorman