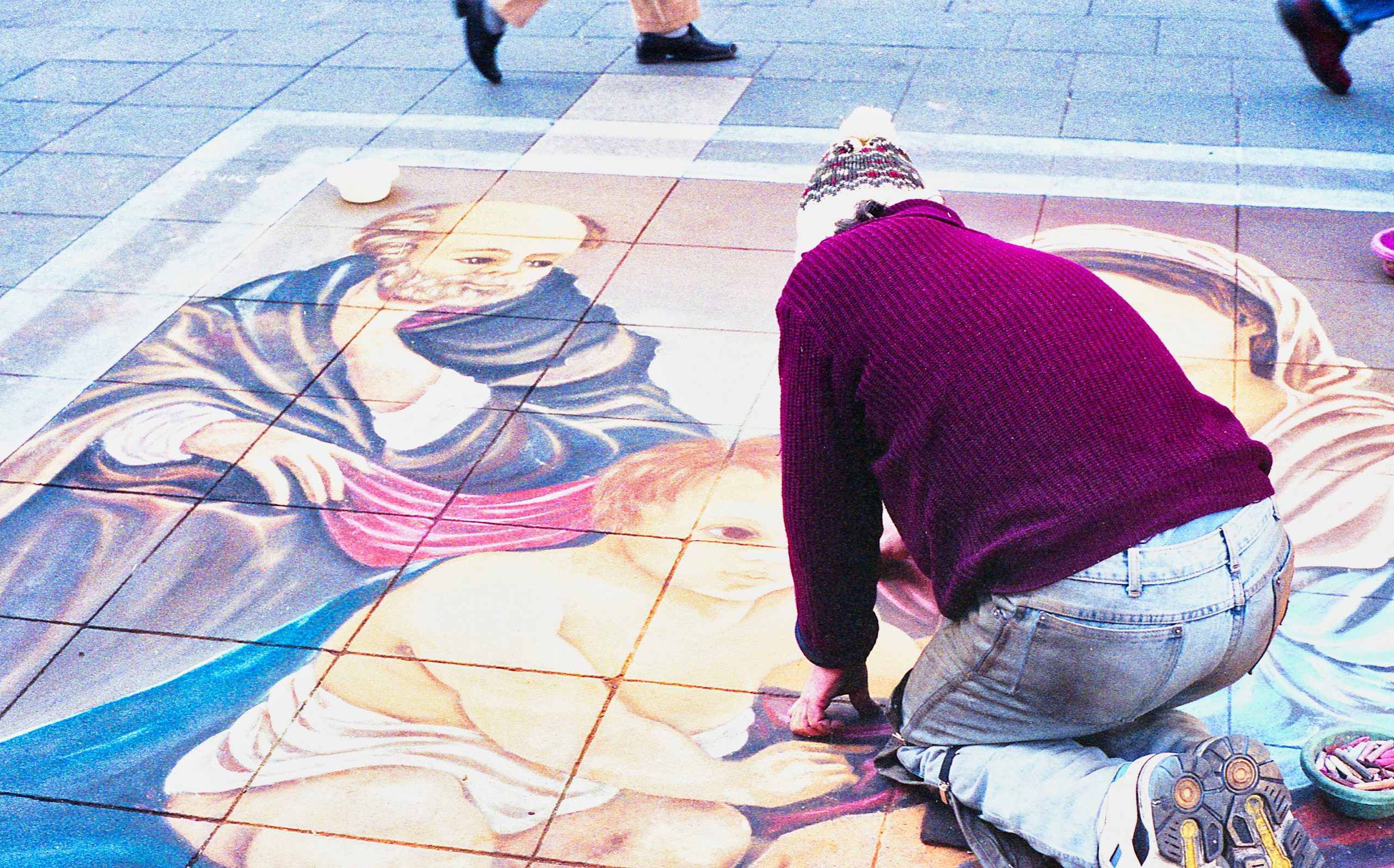 Visiting Cologne in the early 1990’s, I was struck by the unexpected beauty of post war Germany. The Cologne Cathedral, Kölner Dom, remained standing after the rest of the city was flattened by Allied bombs in the second World War. It is said that the twin spires of the cathedral were a navigational landmark for the Allied aircraft.

After admiring the work of street artists in front of the cathedral, little did I know what I was in store for inside.

The most visited landmark in all of Germany, the cathedral is the second tallest church in Germany and the third tallest in the world. And yes, that meant we had to climb to the top of the tower. The endless tight stairway challenged our young hearts until we reached the top. It was worth it.

Looking back, I am amazed that I was able to get these photographs with a film camera in such a dark cathedral. It is a busy place, however the detail and beauty of this historical building is not lost on anyone who visits.

“Peace is not just the absence of war. Like a cathedral, peace must be constructed patiently and with unshakable faith.” – Pope John Paul II