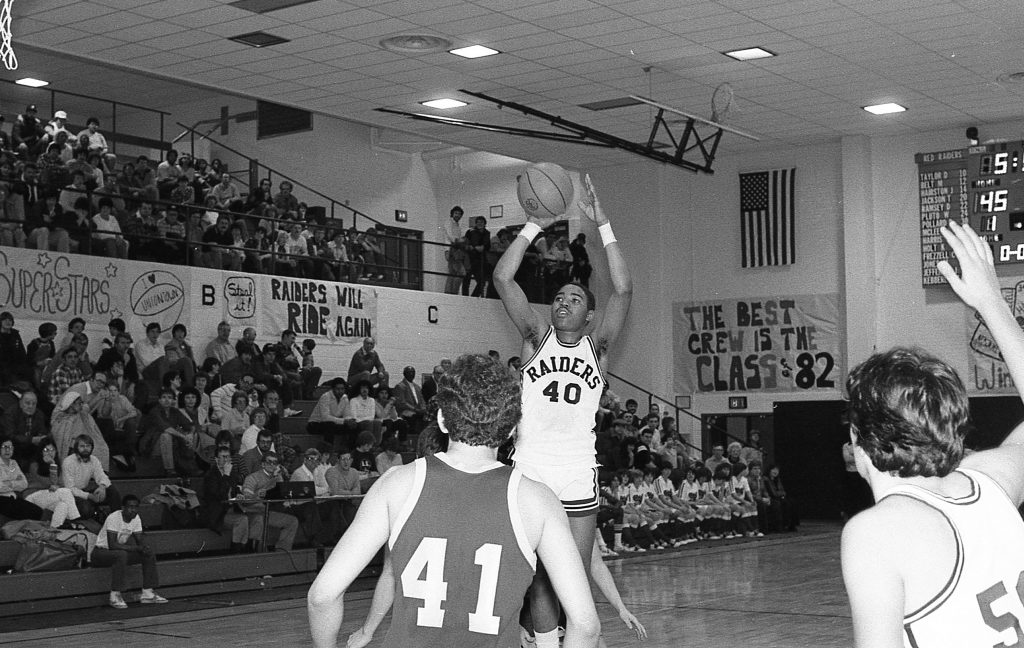 Digging through some old negatives from high school, I was reminded of my time working for our school paper at Uniontown High School in Uniontown, Pa. The shot above of Kenner Holt was taken during a varsity basketball game in late 1981, the year after Uniontown had won the state championship.

A legend in Uniontown, Coach Lash Nesser led the state championship team to its first since 1962. He retired with a 11 year record of 246-64. Winning the WPIAL championship and a State title in 1981, Nesser and the Red Raiders defeated Springfield Delco 73-61. I can still hear his voice bellowing across the court while chewing on an unlit cigar. Time stood still in the Hershey Park Arena that night, watching the clock count down and realizing that our small town had just become the top basketball team in Pennsylvania.

Uniontown also had a very strong girls basketball program at that time. Becky Oglevee, one of the top female basketball players in southwest Pennsylvania at that time, led her team to many victories. Oglevee was the first female Uniontown player to score more that 1000 points; a record she held for over 20 years.

Sports were a big part of our lives in Uniontown. Games were always an “all hands on deck” affair and I had the honor of recording a few of these moments. I look forward to sharing more of them.

“Remember that as a teenager you are at the last stage of your life when you will be happy to hear that the phone is for you.” – Fran Lebowitz