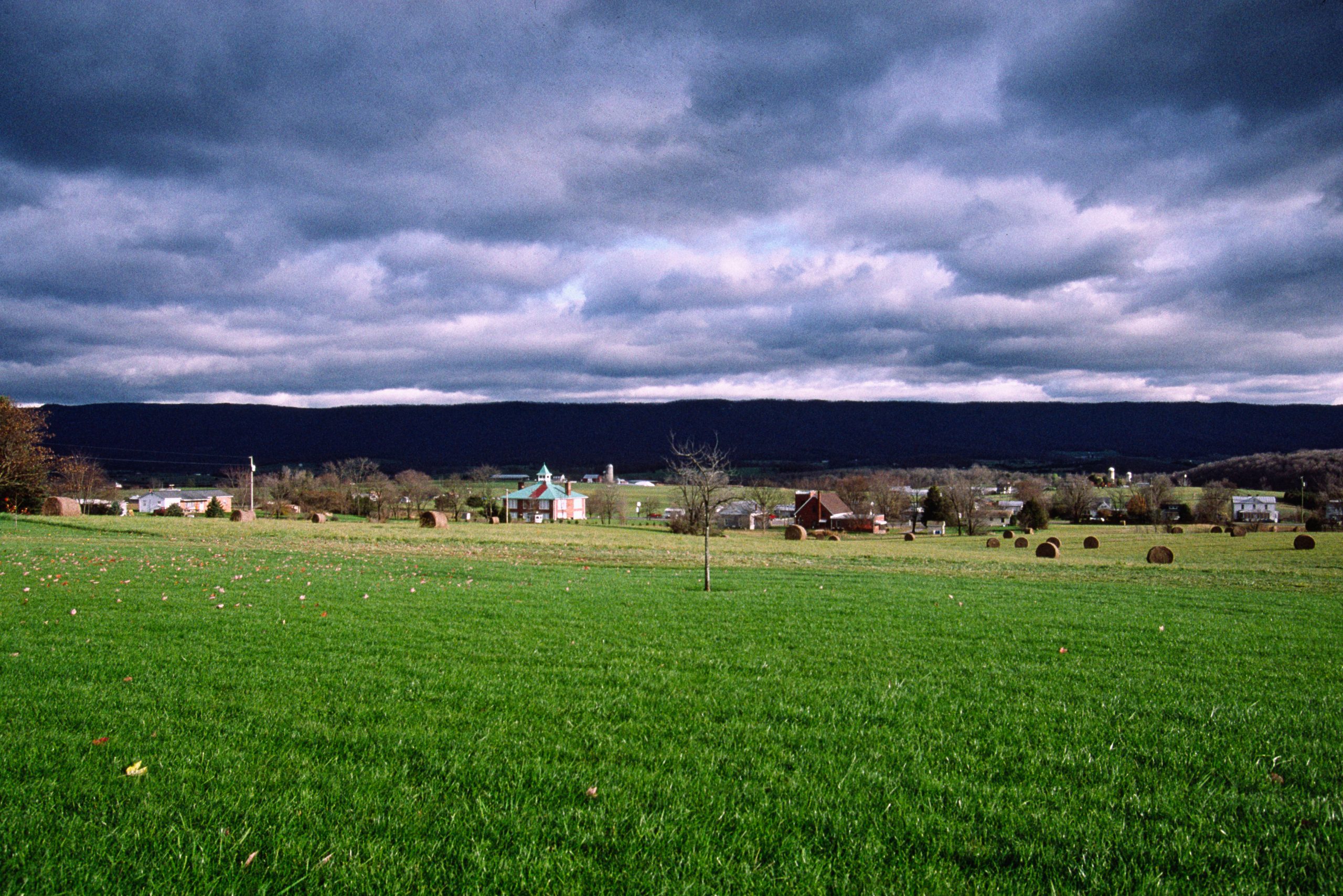 I took this photo in 2004 from the front porch of my in-laws home in Rockingham County, Virginia (boy do I miss my Kodachrome). On most days, the view of the Blue Ridge Mountains from their porch is breathtaking. Growing up in Western Pennsylvania, and being able to look out my window every morning to see Chestnut Ridge, the view is comfortably familiar. Rockingham County, the third largest county in Virginia by area, is home to parts of the Shenandoah National Park and parts of the George Washington National Forest. It also boasts to be the turkey capital of the world. It was claimed in 1727 by Adam Miller (Mueller), a German immigrant from Lancaster County, Pa. It was later formally established from Augusta County in 1778.

Looking across the valley, and on to the mountain ridge, we have deep respect for the immigrant farmers who were welcomed to this new nation and afforded the opportunity to live in such a beautiful valley. Generations later, the beauty of Rockingham County remains breathtaking.

“Our ancestors, possessed a right, which nature has given to all men, of departing from the country in which chance, not choice has placed them.” – Thomas Jefferson