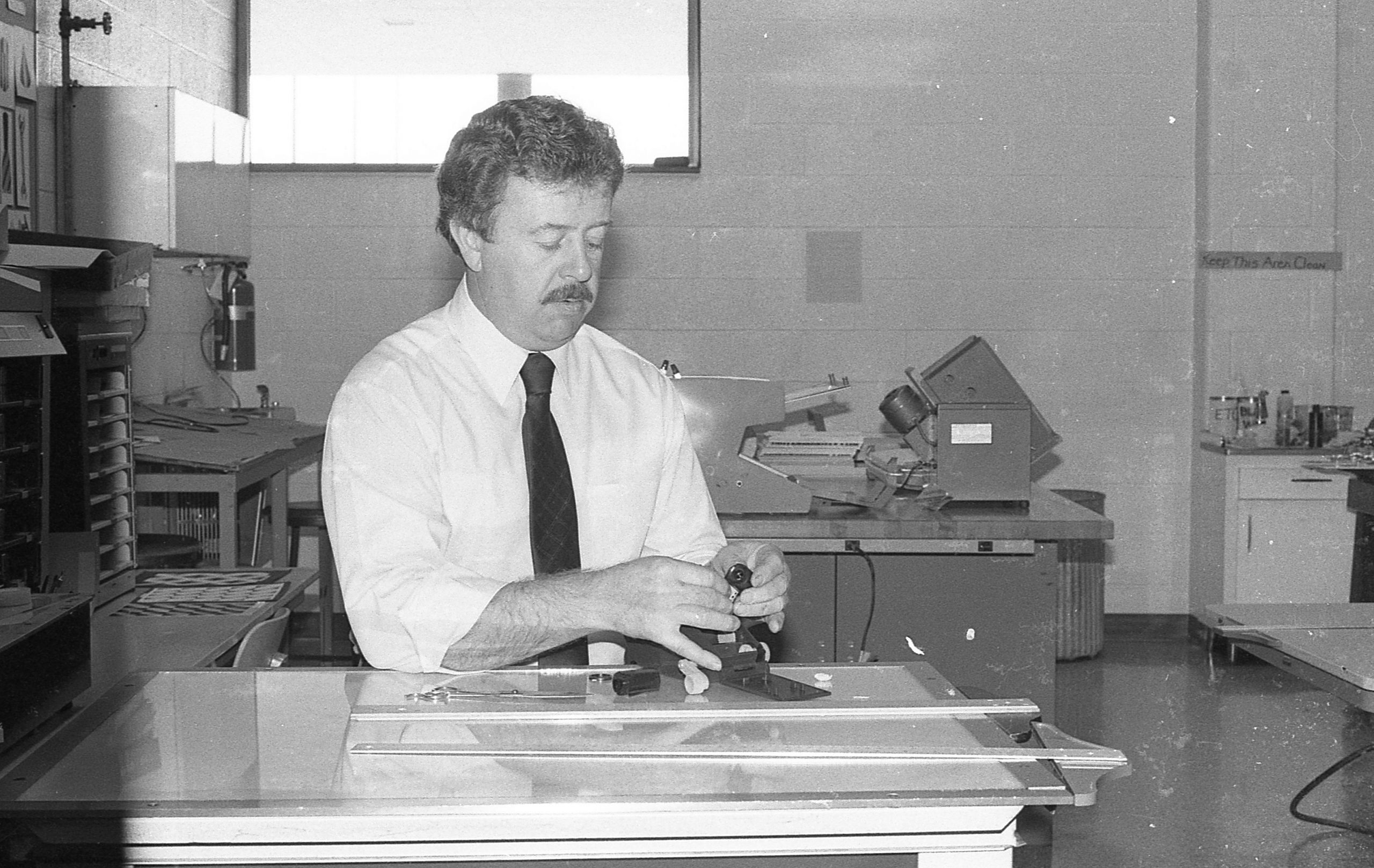 As some of you may know by now, I have been going through the thousands of pictures I have taken over my lifetime. This picture popped up during my journey. I met Lowell Newman when I was a junior in high school. My mother told me I should take an elective class in industrial arts, as it would give me opportunities for exploring my creativity and that I might develop additional creative skills. The new addition to our high school had just opened, and a new industrial arts area was part of that addition. Little did I know how much I would love learning these new skills.

Lowell Newman was my industrial arts instructor. A Sergeant Major in the USMC Reserves, he was an honorable man, a natural leader, who took great interest in developing all of his students. Mr. Newman lost his life to a anxious hunter who fired before dawn on the first day of deer hunting season my senior year. Most people familiar with hunting know that firing a weapon before dawn is a cardinal sin, let alone criminal. It was a morning that many of us will never forget. However, the positive impact he had on his students was everlasting. Recalling the late evenings at school, printing the Senior High News, spending way too many hours in the darkroom, and trying to burn the offset plates perfectly, Mr. Newman was definitely “one of those teachers”. I hope you had one of those when you were growing up. The industrial arts room at UHS is now designated “The Lowell C. Newman Industrial Arts Room”.

Margaret Emelson, an English and Drama instructor at UHS, penned a touching eulogy upon Mr. Newman’s passing. While I won’t repeat the entire thing here, she stated “He built bridges which touched the lives of his students with warmth and affection”. I know that a few of us crossed that bridge and will never forget him.

“Morning without you is a dwindled dawn.” – Emily Dickinson