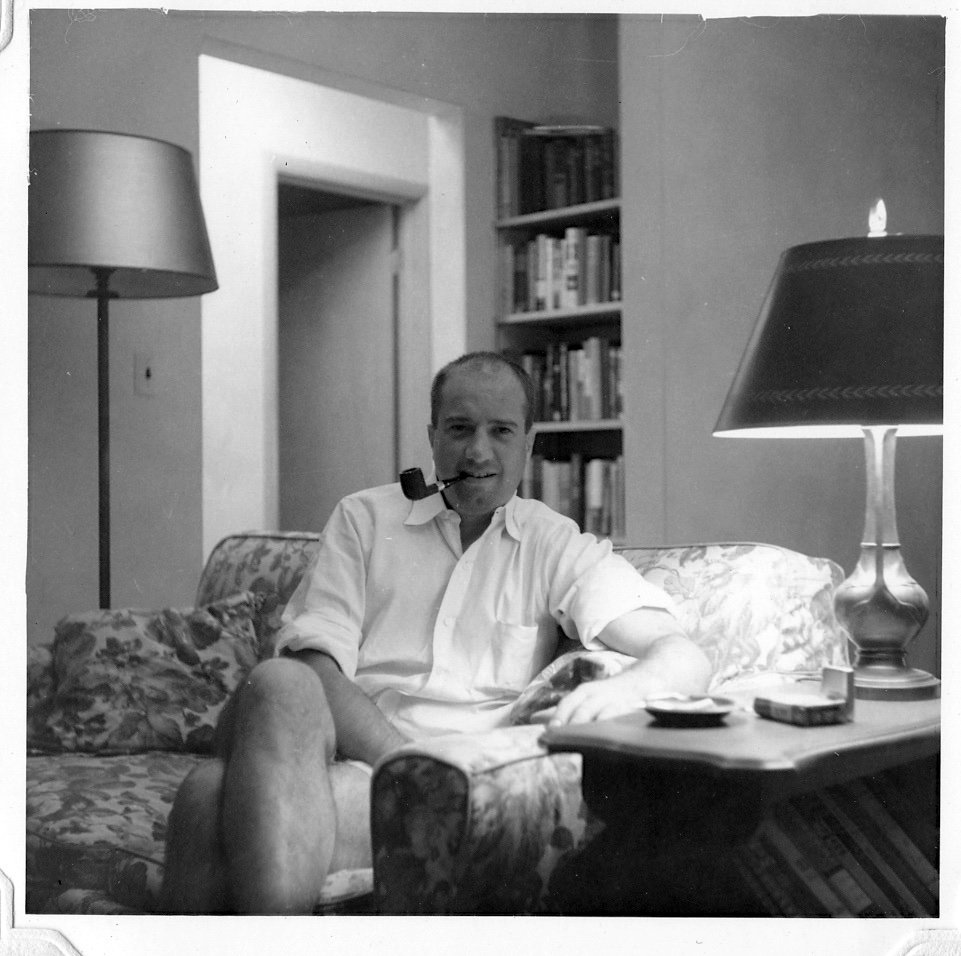 No. Your calendar is correct. It’s not Fathers Day. It is, however, my birthday.

My lovely wife has filled me with Pakistani food and a glass of cold Aslin lager. What else can anyone ask for on their birthday? She is a saint.

I’m going to take a moment, or perhaps a sentimental journey, this evening to remember a few special men that are responsible for me being here. 1964 was a good year for me. But, as my Aunt pointed out earlier today in a Facebook post, it wasn’t all good.

Those of you that know me well are aware that I never knew my father. He’s the guy smoking the pipe in the photo at the top. He served as an officer in the US Navy for almost 20 years, was an instructor in Agricultural Journalism at Penn State University, and had previously worked as a cartoonist, artist and advertising executive. A hard fought battle with cancer took him from us a month before I was born. September 1, 1964. He left behind my mother, eight months pregnant with me, and my sister who was three years old at the time. Not all good.

My grandfather, shown in the photo above, passed away in 1945 at the age of 63, when my father was returning from fighting in the South Pacific in WWII. As a child, he worked in the Hamilton watch factory in Lancaster, Pa. painting the faces on watches to support his family. He went on to work as an accountant for the Armstrong Cork and Tile Co. where he retired after a lifetime of service. My father was only 24 when my grandfather passed away. I know this had to be devastating. I never knew my father, or his father. But I hold them in my heart and know that they remain a very important part of who I am.

When I was a young boy, the character in the photo above was closer to me than any other man in my family. I had uncles around who would check in from time to time, but they also had families of their own or were busy with their careers. My grandpa Anderson, or as we called him “Pap Pap”, was like a dad to me. He teased me, scared me, joked with me and would take me on rides in his old Ford Fairline when we would end up eating hot meatloaf sandwiches at a greasy spoon in town. He loved my mother and spent hours at our house, sitting with her at the kitchen table, smoking through packs of Lucky Strikes and drinking coffee. He was a hard working man who spent most of his life working in the coal mines as an electrician for US Steel. He was a “company man”. I’m not going to speculate if his emphysema came from the mines or the Lucky Strikes, but when the emphysema won in 1973, I remember how alone I felt. I was the last person to speak with him, when he called at lunch looking for my mom to fetch his prescription at the drugstore. While I will never get back the years he took off of my life one night, by coming in our back door, down on his haunches grunting and dressed as a gorilla, I can attest that these 40+ years later I still miss him. He also taught me that a man, even a man like himself who was raised in the early 20th century, can be loving, caring, generous, openminded and gentle while still being a man. Clyde was the real deal.

I love being a dad. And when I say that, I mean that I LOVE being a dad. I am going to go out on a limb and say that I might just love being a father more than anyone else I know. Well, that might be a stretch, but not by much. However, unlike many other dads out there, Father’s Day has a slightly different meaning for me. (Again…Fathers Day is NOT today).

Growing up without a father, and being unable to celebrate my father on Father’s Day (not today), was not easy. I’m not going to lie. It was frickin’ tough. But in the end, I think this is also what has made being a father the priority of my life. So maybe I’m just making up for lost time, or overcompensating a little, but nobody should take this father thing lightly. Make every day count and soak it up. And I mean every moment of every single day; even if it is the third phone call of the day with the third question regarding the third crisis.

So while 1964 was a tough year for my family, it was only the starting line for me. Thank you to all of the family and friends that have been a part of this wonderful journey.